First of all, I’m not going to mention Tim dinking his brand new (one week old) car whilst reversing in the car park…

This evening saw us perform for the folks at Ladbrook Park Golf Club for their Captain’s Dinner Dance, welcoming Andrew Lapsey as their new club captain. The venue is set in a beautiful part of the country surrounded by small country lanes with the odd enormous house and nothing but Aston Martins on the road.  It was a black tie event, with some rather nice wine on the tables – needless to say, Debbie felt right at home 😉

We were booked at the request of Andrew, who as captain had the choice of band for the evening. He and his wife Sarah specifically wanted a band who could deliver some up-beat 90s dance and modern tracks, rebelling against the usual function band repertoire, so we were totally in our element!  They also requested a special ‘first dance’, Let Me Be Your Fantasy which we were more than happy to arrange.

Will did a sterling job of running our new lighting system tonight, punching in some awesome strobe effects and well-timed blackouts. Debbie entertained us with her Kate Bush impressions and Tim spent too much time deciding what to write on our Instagram picture of Will with a plate of sandwiches.

The evening went swimmingly, the dancefloor was packed all night and the guests had a great time – job done! Much to Mark’s annoyance I spent a considerable amount of time after the gig handing out cards to try and swing the balance in our epic ‘west vs east’ battle (kind of like Star Wars, on a more local level).

Here is the photo evidence: 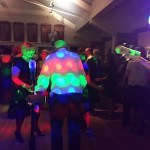 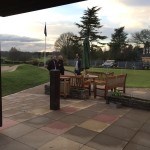 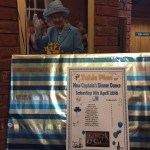 We were in good company… 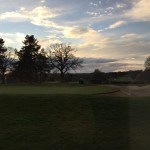 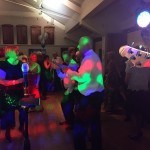 Are you looking for a function band in solihull? Then check out our party band west midlands page 🙂