Last Saturday saw us make the short journey to Leicestershire to Halstead House Farm for Ian and Leonie’s wedding.

Hasltead House really is a lovely venue (we’ve played there a few times before) and the staff were really helpful and friendly as always. The room is great for live music, big, high ceiling, bar at the far end (so folks can have a chat in between boogieing etc) the only issue for the band is the industrial heater (it looks like an afterburner on a fighter jet) next to the stage. My solution was to place Tim and Will that side of the stage, job done – it did make me chuckle when Will wandered over and opened the stage door during the second set, he must have been ready to pass out…

We played a nice mix of classics and new tunes (it was nice to blow the cobwebs off our New Wave medley, which hasn’t featured for a while) and a fab time was had by all (naturally!). Thanks for inviting us guys, we hope to see you again soon 🙂

Next week sees us in ‘The East’ for a private party on Friday and back in Leicester for a public gig on Saturday, followed by a rehearsal preparing some new 90s material on Sunday. I’m gonna be sick of the sight of them by the end of it… 😉 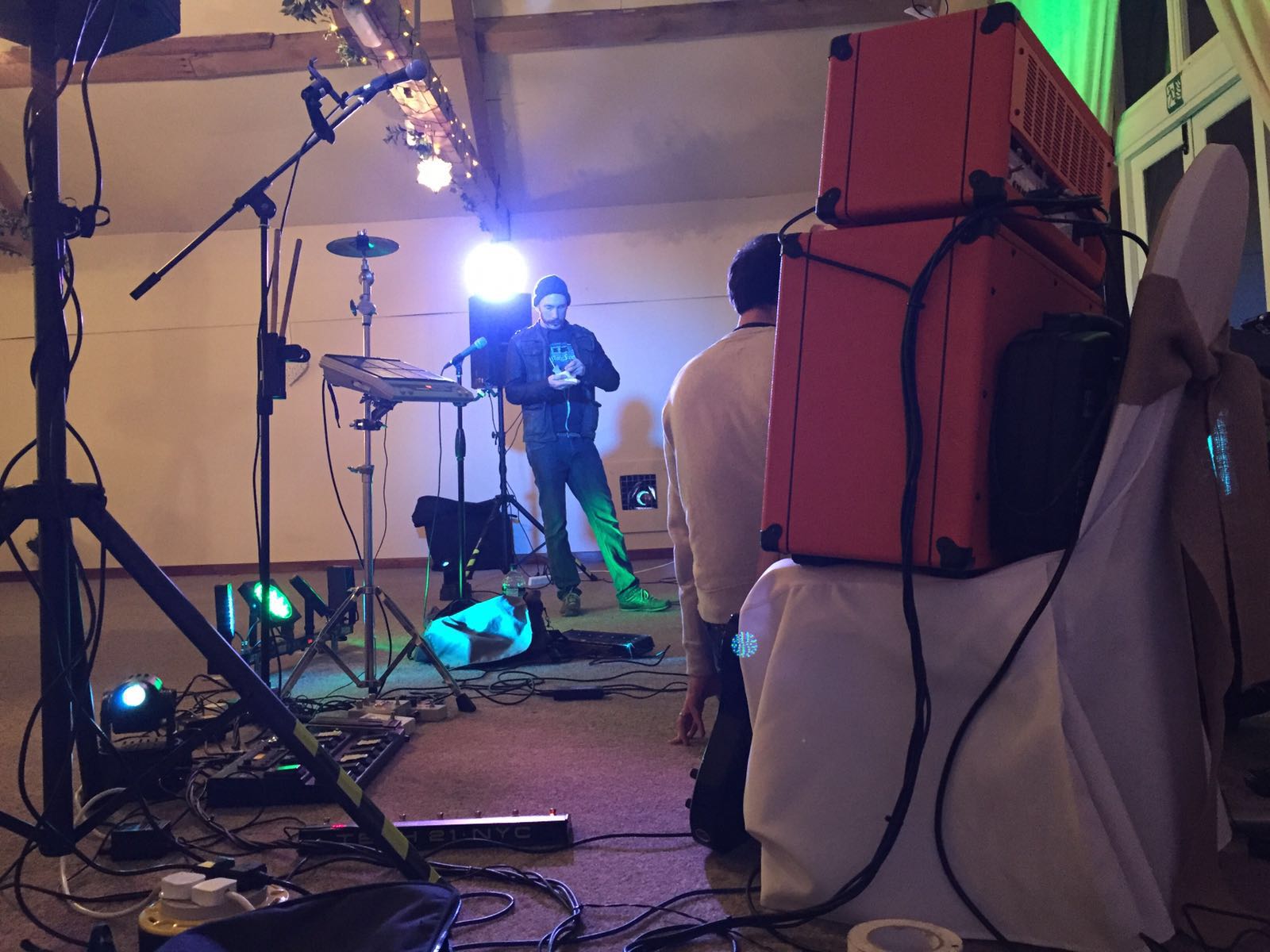